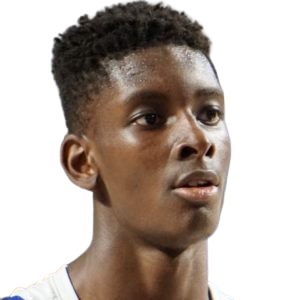 The 6’10 215 big man from Paris, France, is a relentless rebounder that dominates the glass on both ends, runs the floor hard and plays with elite motor. What makes Diabate the top European player in our class of 2021 is his ability to impact the game with his rebounding on both ends, energy and ability to rim run hard and play above the rim. His offensive game is coming along and he has already shown some flashes of a mid range game as well as the ability to put the ball on the floor in straight lines. However, he’s not a polished offensive big man at this point in terms of shooting, ball handing and understanding of the game. His primary offensive role should be a rim run, PNR, lob guy that separates himself with his rebounding and defensive ability. As his offensive game gets better, Diabate is expected to have an impactful freshman season at Michigan under Juwan Howard either at the five spot or at the four. Defensively, Diabate uses his feet and hands well enough to cover ground quickly, stop drives and protect the basket. He displays good stance and is switchy enough to hold his own against high major level guards.