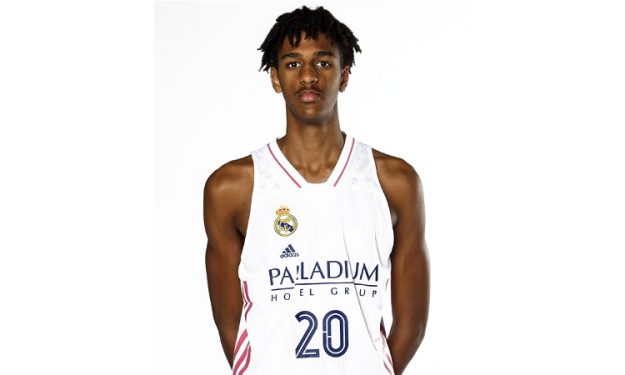 16-year-old former Real Madrid power forward Alexandre Sarr is the latest signing of the Overtime Elite League, a transformative new sports league that offers young basketball players a better pathway to turning pro that will launch its operations this September.

The Bordeaux native forward has been playing with the lower categories of Real Madrid for the last two seasons and is the first European signing of this new league, and eighth overall so far.

Sarr’s father, Massar, is a former professional basketball player from Senegal, while his older brother, Olivier, played collegiately at Wake Forest and Kentucky and is a 2021 NBA Draft prospect.

“Alexandre comes from a basketball family, learning from a father and brother who came before him. So he has heard of the work and dedication required to be a pro,” said Brandon Williams, OTE EVP, Head of Basketball Operations, via a press release. “From his experience playing as a junior player in the Real Madrid club, Alexandre brings a youthful professionalism and a desire to be great, that will be a huge benefit to his teammates and our league.”

“Alexandre is a skilled and versatile athlete, a natural shot blocker, and a rebounder on both ends of the floor,” said Kevin Ollie, OTE Head Coach and Head of Player Development. “We look forward to experiencing rapid development every day once we can work with Alexandre in the gym.”

Sarr is the eighth player to join OTE. In the past few weeks, the league announced the signings of top-rated guards Amen and Ausar Thompson and forwards Matt Bewley and Ryan Bewley. OTE signed its first international player, point guard Jean Montero from the Dominican Republic and recently announced the signings of Emmanuel Maldonado from Puerto Rico and Jai Smith from North Carolina. The league expects to make additional player announcements in the coming weeks.

For the young prospect, the OTE is a chance to improve and work on his skills while also earning a guaranteed minimum salary of at least $100,000 per year, plus bonuses and shares of equity, per the league.