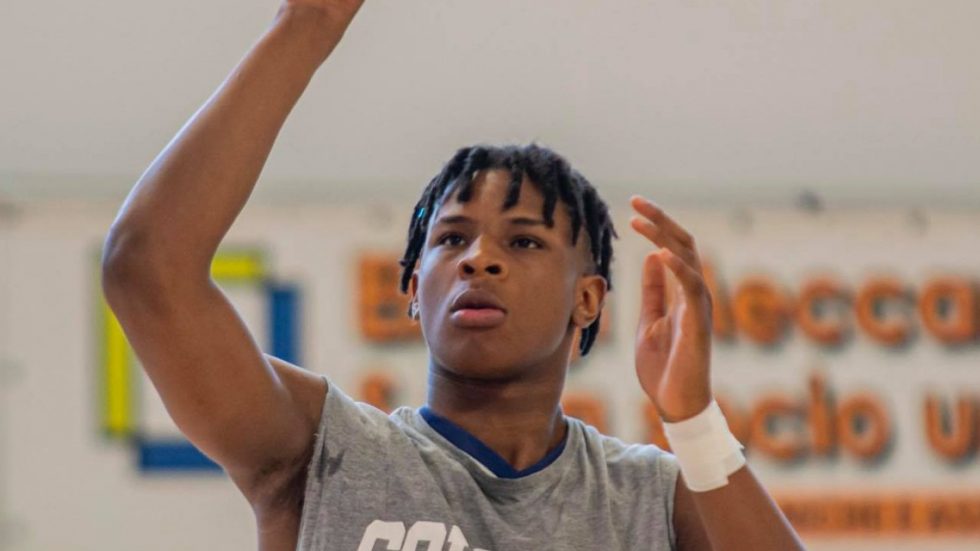 Leonardo was born on July 16, 2003, in Monza, a city in the Lombardy region of Italy. He played youth basketball at College Borgomanero where he also made his pro debut in the 2019/20 season in the C Gold championship. Moreover, Okeke led the U18 team to a regional championship thanks to his 33 points scored in the final against Novipiù Campus Piemonte, and, more importantly, he played a key role in the senior team’s promotion to Serie B after beating Messina in the final game.

After competing in Serie B in the 2020/21 season with Mamy Oleggio, Leonardo inked a 5-year deal with Serie A team Bertram Derthona. He’s currently playing on loan for JB Casale Monferrato in Serie A2 where he’s been showing all of his talent and potential. So much that his name has been mentioned a lot in Draft conversations lately. We interviewed him:

When did you approach the game of basketball? What made you fall in love with the game?

I started playing the game of basketball at the age of 7. What made me fall in love with the game was seeing my brother play before me and right from the beginning I knew what I wanted to do in life.

Despite being just 18 years old and competing in a physical league, you are playing a key role on your team. Did you expect to have such a meaningful impact before the start of the season?

Right from the start, I knew I’d have an impact on the team because I knew what my skills and capabilities are. I felt I could make a difference on the court, improve the team and help us succeed.

While watching you play, it immediately stands out that you have an advanced skillset considering your size and age. Is there one or more parts of your game that you feel come very naturally to you? What aspects would you like to improve?

The aspects of my game that feel very natural are my dribbling and my post-game. I’d like to improve my shooting, readings, and passing.

Can you describe a day in the life of Leonardo Okeke?

I wake up, brush my teeth, wash my face, and have breakfast. If we had a game the previous day I watch some film before I leave for morning practice.

After that, I get back to my place to eat and get some rest before our second practice in the afternoon. Once we are done, I head back home where I relax and get ready for the next day.

What are your future goals?

My future goals are very simple, get to the NBA and if I get there, work extremely hard to make a name for myself. The rest will come by itself.

Who is your role model and why?

My role model is Giannis Antetokounmpo, who is a great example for me because he’s a humble and hard-working person. He came from nothing and his story really touched me.