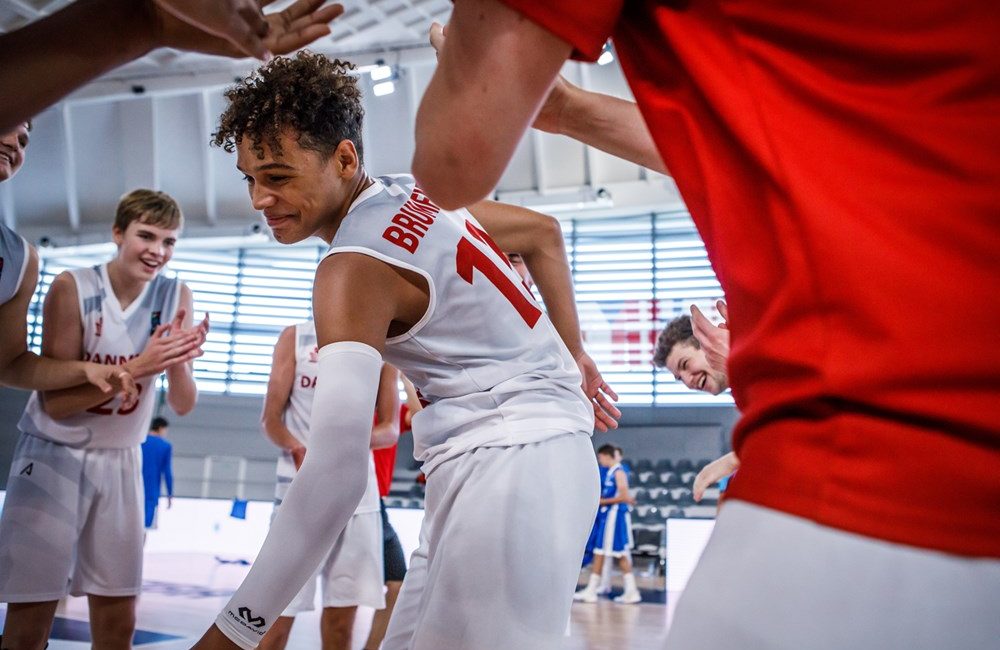 Brumfield is a 6-foot-6, 195 pound, guard with lots of upside on both ends of the floor. He’s an explosive athlete that plays with high-level motor, also a skilled offensive player that shoots well from outside and attacks the rim. Brumfield sits high in Eurohoops Scouting class of 2022 ranking and his decision to join DME Academy will allow him to garner interest from a wide range of college schools. DME Academy is a private school for high school and post grad students in Daytona Beach, Florida.

“Recruiting has been difficult for me, because of the lack of exposure I’m getting in Denmark. I have always had a dream of playing basketball in the US, and to be closer to my roots” Brumfield said. “Those two things made it very easy to make the decision to play in the US, instead of playing in Denmark for a basket Liga team, or maybe finding a club in another European country.”

“I had a couple of interest from different high schools, but I feel like DME is where I can get the most support, development and exposure, to reach my goals and hopefully obtain interest from division 1 schools.” Brumfield said about his decision to commit to DME Academy for his senior year. It’ll be interesting to follow Brumfield’s senior year as he’s about to emerge from a fairly unknown player playing in Denmark to a D1 level prospect.