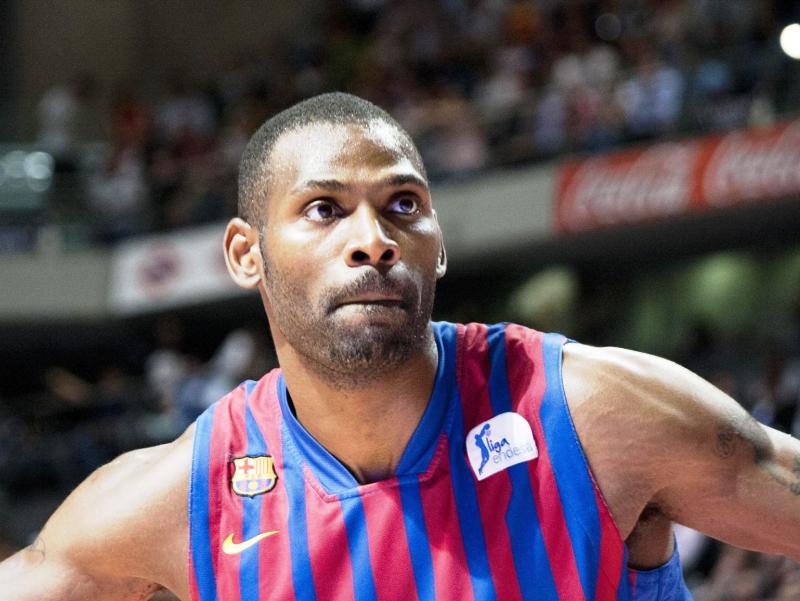 The former EuroLeague star has created a showcase for players with the ambition of establishing a point of reference for young, upcoming talent. Pete Mickeal is a household name in the world of basketball. A EuroLeague champion in 2010 alongside players like Ricky Rubio and Juan Carlos Navarro, a former scout for the Minnesota Timberwolves and Washington Wizards and now the organizer of the NTX combine. Mickeal talked to Eurohoops about his new project, which starts on Monday, May 9th, and has the ambition to become the hotbed for top level talent.

Can you give an introduction of your event to our international audience?

The NTX combine it’s a combine that’s taking place May 9th through the 11th in Dallas, Texas. NTX stands for North Texas. That’s the region, the area where the combine takes place. And it is a combine with 24 draft eligible players, NBA draft eligible players. And we have some really, really good names there, but we also have some really good coaches names. Ex former players, former lottery picks, former assistant coaches in the NBA.

And what’s different between our combine and any other combine in the world pre-draft is that we have TV and we have play by play announcers and we’re on live cable TV up to 75 million households. So that is the type of event that ESPN puts on. So, this is the difference between our combine.

Last year we had over 100 years of coaching in NBA and this year we’re going more for the former player, younger player that needs a new start and that can come in and mentor the players as well. So, we’re not only a basketball combine, but we also have financial institutions that come in and mentor players when they come into money next year. We have another mentorship group, which is called the NBA retirement players association. They come in and they mentor players. So, what my idea was to create here, something that’s very unique. We have the NBA scouts coming, we have requests for interviews. We have an interview room for all players to be interviewed. We have several prominent NBA players that’s coming in to show a lot of support for this event.

So, we’re going to put on a good show. We’re going to be in 75 million households on live TV. We, like I said before, we just have a great event and it’s in North Texas area, which is a great area and we want to help these guys move to the next level. A lot of these players will be in the summer league. A lot of these guys will be on NBA rosters at the beginning of the year. And there’ll be some guys on the two-way contract as well. I mean, we have some good names here.

Well, I tell people my experience, that’s why I put this combine on. I’ve been drafted to the NBA. I I’ve been on the NBA bench, and I’ve also been at the top leagues in Europe. So, I tell my players all the time, there’s plan A and there’s plan B, you got to have two plans. If you don’t have two plans, you’re going to fail. You have to because sometimes you are a good player, but you’re just not ready for the NBA. The NBA doesn’t have a need for you. So, what are you going to do when that happens? So, this is what I prepare guys for, my own experiences. What I did when the NBA was not calling my name, what did I do? I picked myself up. I went overseas.

I started my career and I’ll put my career up on any player in the world and I will compare it to. So, my idea is there’s not only the NBA, NBA is the dream. When you’re a kid in the States, your dream is never to play overseas. Your dream is to play in the NBA, but there’s 2000 college players that’s coming out this year. So how many are really going to play in NBA? Not many, right? A small percentage, not even 10% of the players coming out of college are going to play in NBA, not even 5%.

So, knowing that you have the NBA G league, which has been great, because last year there was 100 plus NBA call ups, obviously, because of COVID. And I think it’s going to be a trend that continues this year. Maybe not as many call ups but call ups. But then also you have guys that leave college, they go overseas, they play in leagues like Denmark. They play in Greece, they play in Turkey. They play in these leagues to start their careers. So, once they play well, then they can build their career to start playing the BBL, the ACB, Italy, France, those better leagues like that. So, there’s a lot of examples of guys that came out of college and there was a lot of people saying they were NBA players and they ended up having a great career overseas.

Speaking about the NBA, there’s a lot of NBA experience in this combine, like former players, former coaches.

Yeah. So, this is the environment that I want to create. I want players to be able to see their idol that they grew up watching basketball with. I want players to be coached by real NBA coaches. For example, we had Jim Boylen last year. He was a head coach with Chicago Bulls, he’s coached Zach Levine. He’s coached some really good players in his time. So, we wanted to have a guy like that to come in and be a coach because he is where these kids want to be. They want to be coached by a coach like that. And I’ll tell you, we’ve done a great job of really helping coaches get jobs as well. Two of my coaches last year, Jim Boylen and Ty Ellis, they both got team USA jobs, one is a head coach and one is assistant.

I’m a big fan of karma. And I think we had guys that came and did a really good job last year. And I’ve made phone calls for coaches to different teams. I write letters of recommendation for all of my volunteers. I have volunteers that’s in college and I write recommendations for them to be on a basketball program as an assistant or a manager role. So that’s what I do for people.

NTX combine is also an option for international players that play in college as long as they’re draft eligible, right.

Exactly! That’s why this is the first of its kind. This is the first real international combine in the world. So, if you go to, when they had the old Eurocamps, that was all European players, my event is the only event in the world that has international players and United States players at the same time. Because if you look at the NBA, how many international players are playing in NBA, they have a premium on them. The European guys, they start getting developed early. For example, in Barcelona, a guy comes over in Barcelona at 12 years old, he learns Spanish there. They teach him English there. He goes to school; he practices two times a day and they keep him in an environment to grow.

That’s my ultimate goal here in the States to do, but it helps me because if I get European players over that understand the game and that’s fundamentally sound, it helps my camp with the credibility. So, I most definitely are always looking for the top European prospects that’s coming out overseas. This year we had a few guys that we had on our list and it’s not easy, because, for example, one kid was in ACB and it’s not easy for the team to let him come to an event for one week and come back, because obviously in Europe the practice is a premium, they want the guys to practice with their team.

Can you talk about this year’s group?

Yeah. So, this year group, we have some really, really good names. A guy named Royce Hamm Jr.; he went to UNLV. I think he’s going to surprise a lot of people in the way he plays. He’s a four, five, but he can put it on the floor. He can shoot and he is really explosive. We also have Jaylen House, which is the son of Eddie House, a player that played for Miami heat. He averaged 19 points, 4 rebounds and 4 assists in college. Those are great stats in college. Also, Taze Moore that won NCAA slam dunk competition. We have JD Notae from Arkansas. Arkansas was a top five team in the nation, and he was arguably the best player. I mean, he averaged 19 points a game on a top five team in the nation. That’s very difficult to do. So, those are our bigger names. We have kids from Oregon, California, Ohio state Louisville, Kansas state, Florida, Houston, New Mexico.

We have some guys that you will see on summer league rosters. We provide to all the scouts; we provide the full game film to them. We also allow the NBA scouts to interview the players. We have a room for them to interview the players, and we also have everything comfortable for the NBA scouts to come. They have their own table. They’re able to see the players, they’re able to see them in a small setting.

Because we are sanctioned by the NBA, we must abide by the rules. So, we can only have six players on the floor at one time when the NBA scouts are there. So, our plan is to have the NBA Scouts in the morning from 8.30 to 12.30 and after 12.30, then we’ll have our full event as far as with all the players. So yeah, this event is great. I mean, in 10 years from now, all the European scouts, all the European agents, all the European teams will be coming to the NTX combine.

How about the practices?

So, we’ll make everything available. I mean, the games are going to be top-notch. We have fans coming from all over the United States. We have a retirement NBA association who are supporting our events. We should have about 10 to 20 NBA players there, current, and former. And then also we have our coaches, which are all ex-players. So, we’re creating an environment where we have about 20 NBA people in the room, and we can all help these players grow. And they’ll be a part of my alumni list.

Nobody in the world can give you this opportunity, not on national TV.  So, we are very unique. Something always separates combines. There’s a combine here, there’s a combine there, but what happens is you separate yourself when you put TV in. Why? Because TV is the most expensive part of your combine and, number two, it is also the part that helps the players the most. So, me and my business partner, Ernie Cambo, we have invested heavily into this combine. We believe in it, and we have this mentality that we are going to have this combine until we’re old and great.