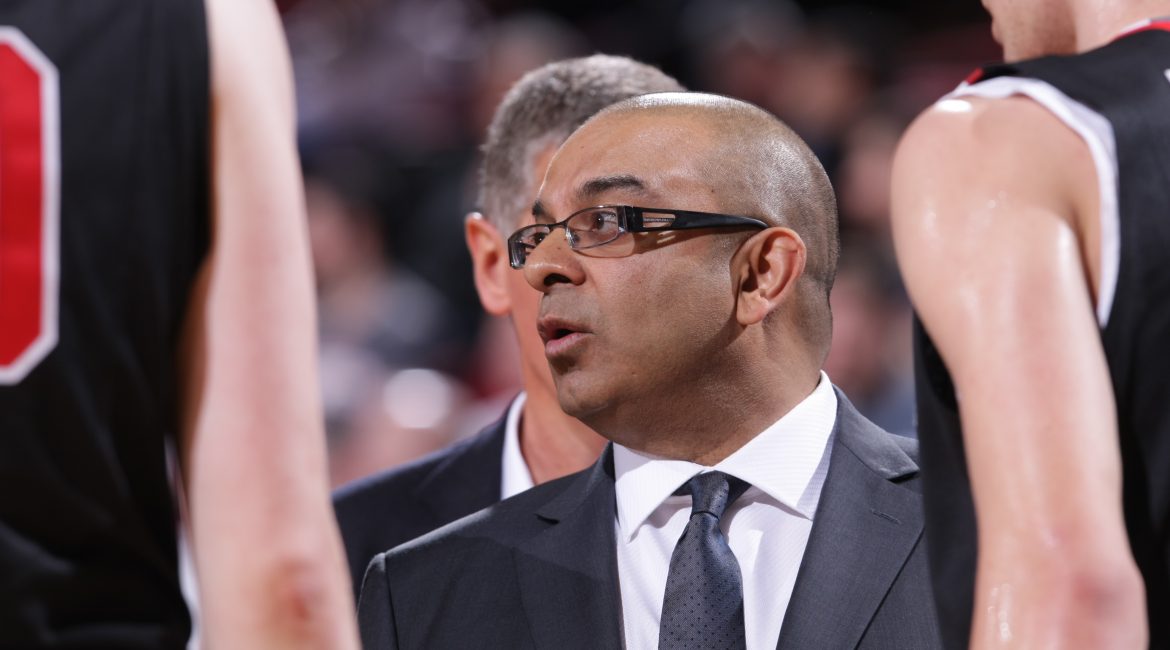 Roy Rana is a very familiar name in the NBA circles. Currently, an assistant in Sacramento, born and raised in Canada and also half Indian, Rana is a mix that proves how much the game has become global in every aspect.

And it’s only fitting that he is coaching for the 10th straight year in the Nike Hoops Summit. Just before the big game Rana talked to Eurohoops Scouting about his background, the game and also the future of international basketball.

You have a unique coaching background. Coached in Germany, Canada youth and senior level, NBA, head coach of Egypt NT. Can you talk about how all this diverse coaching experience has helped you dealing with players from different countries and cultures?

The more diversity we have with athletes only helps us be better prepared for whatever situation. I started this as a high school coach, coached college-age kids, professionally, internationally with Team Canada, now Egypt, had the chance to experience a diversity of athletes and also a diversity of cultures and really understanding and appreciating all of the people you’re working with can really help you. It’s been great, it’s really helping me in this event and this event has helped me in my coaching career because, fortunately this year we are not facing this challenge, but sometimes in the past, we had athletes not speaking English and working with an interpreter, so that’s a great growth experience as well.

This will be your 10th time coaching at the Nike Hoops Summit and you’re also the all-time winningest coach in Hoops Summit history. How does it feel for you to coach the World team roster and how important is it for the players to get the chance to compete at an event like the Nike Hoop Summit?

I think what makes this event very very unique, and I always tell my players that that’s not an All-Star Game, we treat it as an international competition. We have a week of preparation. The players have been great through all these years, they really take it seriously being ready to play a real game and it allows me to coach. I think it’s a great competition, very very unique in grassroots basketball and we’ve seen tons and tons of stars coming out of this. The US is by far the most dominant program in the world so every time we can win a game it’s a good thing for global basketball. We have two objectives, one to make sure that our athletes get a great experience, in front of all the eyes of the basketball world that are watching them, and then hopefully play together as a team and get the win.

The one thing that I will say is they’re further ahead of basketball IQ and mental perspective, they know how to play, they understand the game, and they play the right way in practice right now. I don’t know if we have the same kind of individual star power that we may have had in the past but there’s definitely a lot of talent here.

I think for international players coming in and trying to fit into the NBA, that mentality is very different now, I think players are coming in with equally as much confidence knowing that they can thrive, knowing that they can compete at the highest level and be the best players in the league. I think that the European, international, African, players from all around the world, when they step on the court in the NBA now they’re no longer the American counterparts, they feel they are just as good and they feel they can compete. I also think it’s a mental thing, obviously, there are great skilled players being developed all around the world, the US is still the leader, but I certainly think from a mental perspective international players are no longer coming into the league feeling like they’re any different, that they can’t prove themselves of can’t be the best. So that mentality has shifted, with much of the shift taking place in the last decade, and hopefully, the Hoop Summit played a small part in that.

Rana, who is represented by Wasserman, got also the opportunity to be the coach of Egypt’s national team and he can be considered a bridge to India, which is the next big bet not only in the NBA but also in international basketball. As he admits, it will not be easy for basketball to surpass cricket, but on the other hand there’s no denial that the popularity of the sport constantly grows in Asia.

In January you joined the Egyptian national team. Do you have a grasp of the talent pool in Egypt and how important it is for your coaching career to coach a national team from Africa?

I will tell you that before I took that opportunity in Egypt I did a lot of research, on what was happening in the country, what was happening in the continent, and how it’s growing. I do have a fairly strong grasp now of the talent pool, one of the things that I did when I went there in February was really trying to get a large group of players in front of me so I can get a feel of what’s happening there. They actually have a very well-established professional league that’s thriving and the infrastructure is very strong. The continent is exploding, basketball is getting very deep and strong very quickly in Africa so it’s going to continue to be a place of great talent and emerging teams. It was very important for me, I love the sport but I love to travel, love the experience of being around the world, learning new things, new people and new cultures. The continent is a place I’ve been a number of times, it’s an honour and an unbelievable experience. I loved my experience in Egypt and in Senegal during the first window, it’s very fulfilling and very rewarding and I think there’s going to be incredible stories coming out of Africa for many years.

India is NBA’s next biggest market. Is there a specific time frame that you expect basketball to really grow and maybe become the most popular sport in the country and what would it take to get there?

I will tell you that I don’t know if it will ever happen due to the popularity of cricket in India! I mean [becoming the second most popular] it’s certainly a possibility, it has taken a long time for the sport to get to this point and it’s going to take a lot of time still. There are small encouraging signs of what’s happening in India and hopefully the sport will continue to grow and get to place where it’s matching some of the other stories in Asia. Basketball is growing very very quickly in Asia as well. I’m optimistic but I’m not sure that it’s going to happen quickly. Talent development, infrastructure, professional league there needs to happen, just the sport in its entirety needs to continue growing. But obviously the one thing that can transform a country pretty quickly is talent. So if there’s a great Indian player or a great story coming out of India, that can speed up that process.