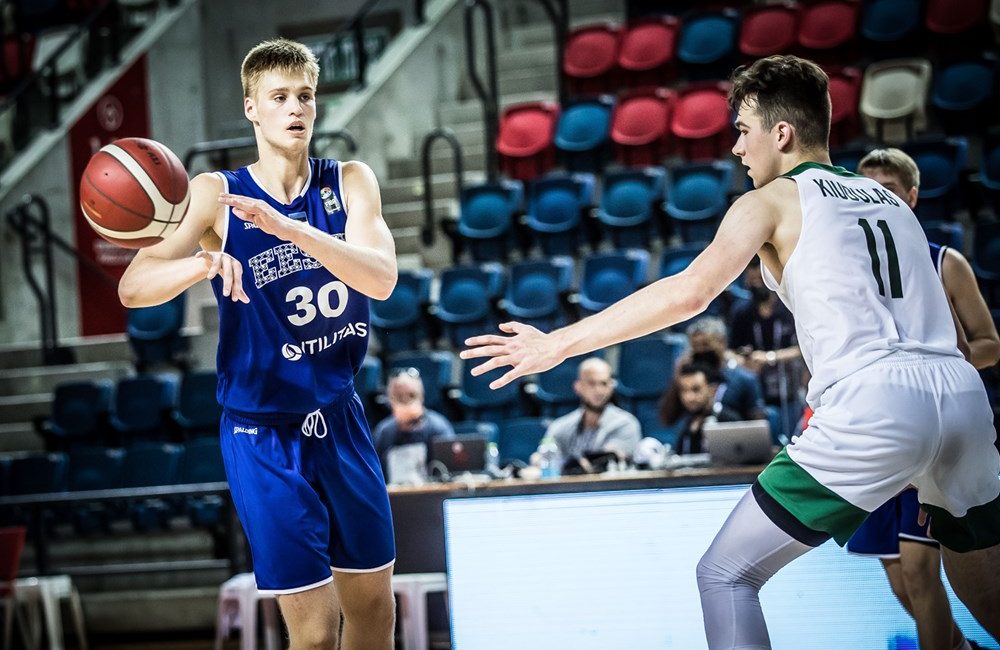 Karl Poom is a 6-foot-8, 210-pound power forward out of Estonia and is one of the most intriguing bigs in the class of 2023. Poom started playing basketball when he was 7 years old at Erkmaa Basketball School, a youth basketball academy in the city of Tartu founded by Aivo Erkmaa. When he was 14, Poom attended the Erkmaa Summer Course where he caught the attention of Italian club Novipiu Campus Piemonte, a small club in the city of Turin playing at a regional level in Italian 5th Division. Poom plays men’s games with a club in the 4th Division named Collegno and the youth games with Novipiu.

Poom is the most skilled recruit we evaluated this summer as he possesses an advanced offensive game being able to face up, back down, shoot & pass off movement and attack the basket. He was one of the most impressive players at this summer’s U18 Nordic Championships following up a nice performance at the FIBA U18 Challengers in Tel Aviv where he averaged 11.4 points, 4.6 rebounds and 2.2 assists over five games. Standing already at 6’8, Poom has very good size for college basketball. Bigs his size with such a diverse skillset, that come off screens and dribble up 3s, definitely don’t grow on trees thus Poom is a very intriguing recruit that every mid major college coach should be aware of.

He has more of a heavy-bone body that could quickly take on a lot of weight if he stops taking care of it on a daily basis. Poom won’t ever be able to out-run or out-jump opponents but he can still be in shape all the time. He won’t be able to keep up with the athleticism of college basketball if he reports out of shape just before the start of each year’s training camp. Another area he should focus on improving is tactical understanding on both ends of the floor since he seems that he lacks high level tactical knowledge at this point of his career.

The Estonian is not projected just as a floor spacer at the college level, but someone that can be put in different spots on the floor to take advantage of his passing, shooting and cutting. Poom isn’t a high level athlete but someone that compensates with skill, however he needs to continue working on his body in order to reach his full potential. He currently sits at No.19 in our Class of 2023 ranking but that’s about to change if he continues developing his game and body over the next two years. It’ll be interesting to see if Poom can continue to build on this summer’s performance and how his career unfolds in terms of finding a new club to take his game to another level.