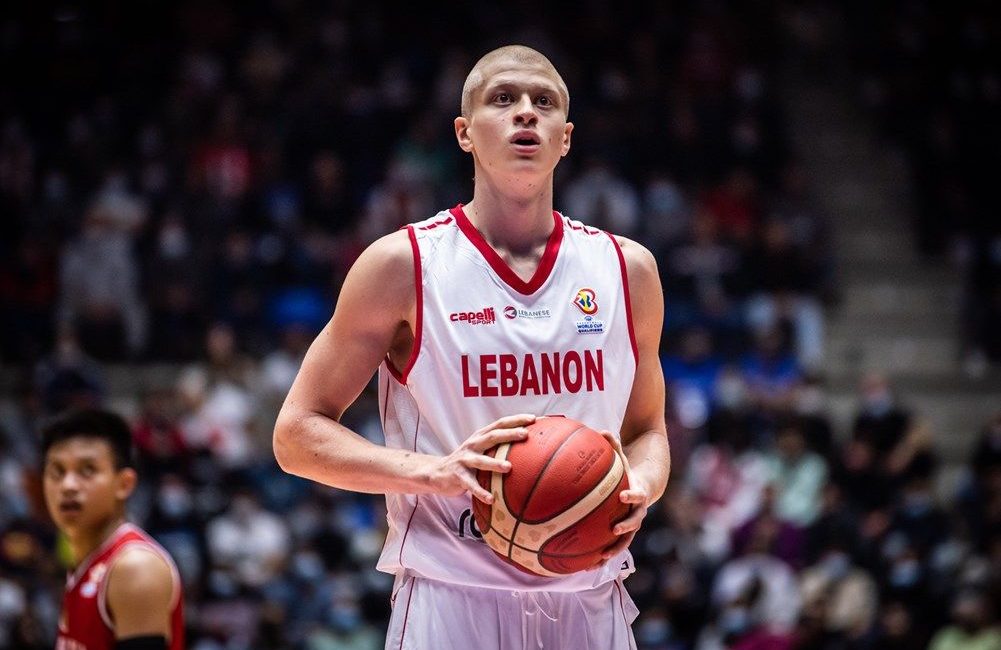 Khayat’s basketball journey started in Lebanon where he played until he was 14. Then, in March 2018, the talented kid went to France for a camp and try-out with Nanterre. It so happened that attending the try-out was a coach from Limoges who saw him and proposed to join their team for a practice. Youssef ended up training with the Limoges U18 squad, having an impressive showing which led the French club to offering him a contract. Therefore, in August 2018, Khayat and his mother left Lebanon to move to France. Fast forward to today, Khayat is currently competing with Limoges CSP U21 in the Betclic Elite U21 championship and he made his debut with the Lebanese Senior National Team in the World Cup Qualifiers game against Indonesia at just 18 years of age.

Let’s start with his athletic profile: Khayat is a 6’8 forward with a +2 wingspan. He possesses good fluidity and coordination which allow him to move well around the court and get to his spots. He’s not extremely vertical but he’s quick and explosive to get up. As a matter of fact, it’s not rare to see him dunk with authority when finishing. Offensively, Youssef can’t be considered a shot creator at this point. Instead, he scores the majority of his points by running hard in the open court and cutting with great intensity and timing. He displays constant motion off the ball and good reads when taking advantage of defensive mistakes. He also showcased an improved and refined finishing package in the paint, flashing a promising floater. Moreover, Khayat has tremendous defensive upside thanks to his motor, willingness to sit in a stance, lateral movements and instincts. He projects as someone who could potentially guard both forwards positions at the high major D-1 level and switch onto guards out on the perimeter. He’s not afraid of diving for loose balls and regularly makes winning plays.

Despite having significantly improved his body, Youssef still needs to get stronger in order to increase his level of physicality on both ends and turning himself into an elite switchable defender. His outside shot is inconsistent to say the least, shooting mechanics look stiff and pretty sluggish at this stage. Furthermore, enhancing his handles would help him expand his game as he struggles while generating offense for himself (and others) off the dribble.

Khayat projects as an excellent two-way player at D-I level because of his defensive prowess and ability to score the ball within the flow of the game. With his size and athleticism, it’s hard to stop him in the open court and when finishing on the move and off the catch. He probably won’t be someone who scores 20-points night in and night out but he’s going to impact winning at a high major level. Khayat graduated high school this past summer in France but decided to stay one more year so he can receive his local status. He has recently started to garner high major interest and he’ planning to visit Georgetown, DePaul and Maryland in January.