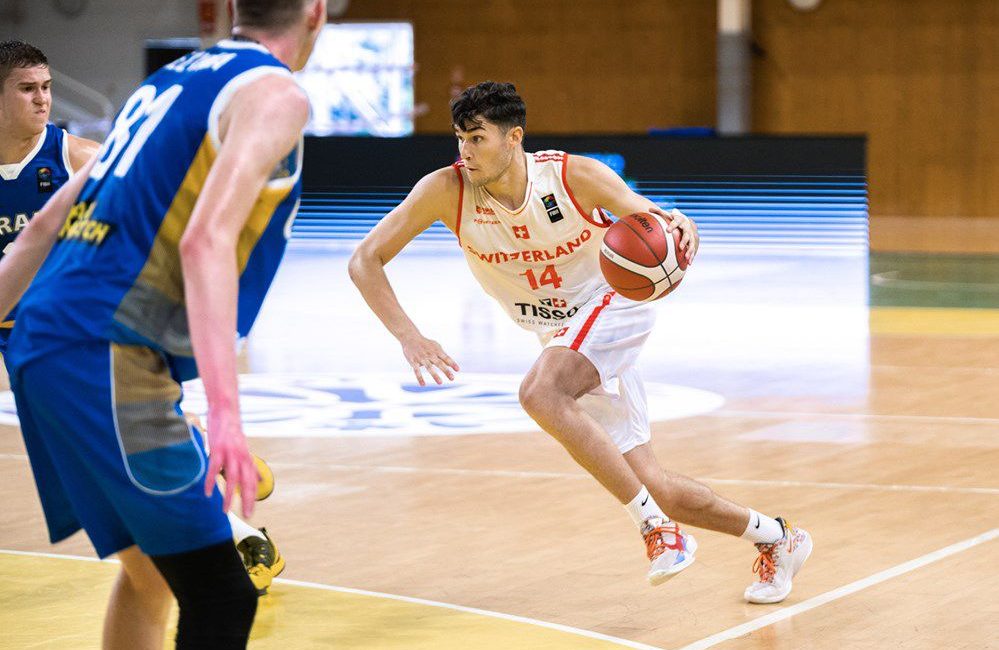 Martinez represented the U16 Swiss National Team at the FIBA European Championships in 2018 and 2019 as well as the U18 National Team at the FIBA Challengers this past summer. Standing at 6’8 205, the Swiss prospect grew up playing in Switzerland for Bernex before moving to Geneva Basketball Academy. He last played in France in the LNB Espoirs league for Dijon before leaving for the US where he’s about to take a post grad year at Williston Northampton High School in Massachusetts.

First and foremost, his physical and athletic profile for the PF position. Rafael’s size and mobility, as well as his strength, make him a recruit who should be able to hit the ground running at D-1 level. He has wide shoulders, a strong upper body and the quickness to keep up with next level power forwards. Furthermore, he has good positional ball handling and he feels comfortable playing outside the perimeter where he can space the floor or use his agility and long strides to slash into the lane and finish with both hands. Martinez is also suited to play in a fast-paced environment thanks to his ability to be an end-to-end player.

The one area where Martinez will need to improve in the short term it’s his decision making. He has to do a better job of reading the defense, understanding when there’s space to drive and when he should look for open teammates. He tends to put himself in tough spots where he’s out of control and he ends up turning the ball over. This aspect also reflects in the stat sheet as he averaged 3.8 TOs per game in about 24 minutes of action at the FIBA Challengers.

Martinez is a 6’8 forward with versatile shot making upside, this sentence alone should draw the interest of several college coaches. His perimeter shooting is very promising and he projects as a dynamic stretch-four. Moreover, thanks to his athleticism he has the potential of becoming a switchable defender out on the perimeter able contain guards for at least a couple dribbles. Considering how difficult it is to find floor spacing bigs who can hold their own out on the perimeter on defense, Martinez has all the tools to make an impact from Day 1 at college level.