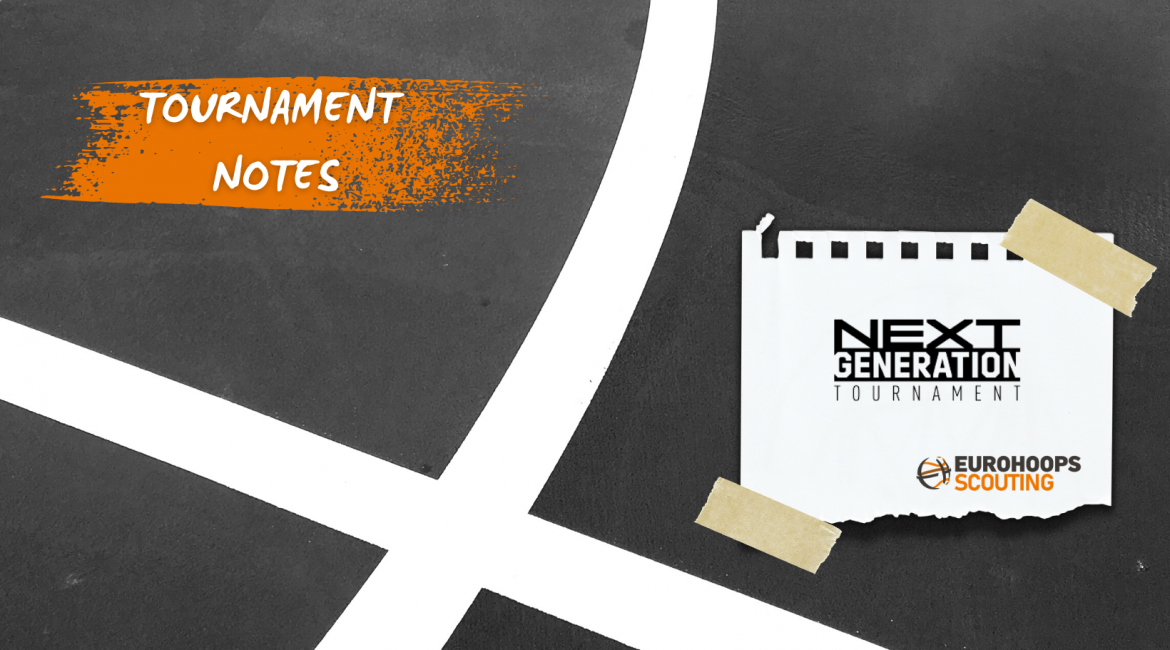 A recap of the top prospects seen at the third leg of the Euroleague ANGT that took place in Varese, Italy, last weekend. Pole France won the ANGT Varese after beating Next Generation Varese in the final game.

After ASVEL in Belgrade, another French team took home the cup in a convincing fashion. INSEP was clearly the best team in the tournament and I can’t recall a single time where it seemed like opponents could put up a serious fight.

The amount of length, athleticism, and toughness the French team had on the floor at any given time was simply too much throughout the whole tournament. Every player on the roster could play, at least, for a low-major program at D-1 level and standouts like Rayan Rupert, Melvin Ajinca, and Noah Penda will be monitored by NBA teams as well. Moreover, the winners could count on an extremely solid backcourt composed of Alexandre Bouzidi and Aurele Brena-Chemille, two guards with solid bodies and a good understanding of the game. While neither of them shot the ball well from the perimeter, their on-ball defense and ability to push the pace were on full display.

One team I was looking forward to watching is Joventut Badalona, and the main reasons were Jordi Rodriguez and Ruben Prey.

As a scout, you always try to keep your composure no matter what happens during the game but I have to admit that some plays by Rodriguez had me almost jumping off my seat. Standing at 6’7, Jordi is the definition of a pure hooper, somebody who has basketball in his DNA. His shot creation ability and overall instincts for the game are high-level, he single-handedly brought Badalona back into the game against the Next Generation team by making any kind of shot; side-steps, step-backs, you name it. He went on to finish the tournament shooting 44.7% from behind the arc on 34 attempts.

Prey also had himself a solid tournament, a “do-it-all” type of big who’s very polished and skilled. It’s hard not to like a 6’11 big who has great mobility and can run up and down the court easily, Ruben has interesting upside as a floor spacer even if he shot just 4/16 through 4 games but I believe his outside shot will become a reliable weapon for him as he gains more confidence down the line. Defensively he’s not an intimidating interior presence at this stage and probably never will, but adding some mass will help him to establish better position on rebounds (averaged just 5.5 per game) and improve his rim protection.

If I had to pick the most talented player of the tournament, it would be Neoklis Avdalas. While his number may not be eye-popping, Avdalas showcased glimpses of elite talent. Standing at 6’7, he played a lot of minutes as the primary ball-handler displaying solid handles to shake off defenders and the ability to initiate the offense very smoothly. Thanks to his great size and ability to read the game, he was able to generate several open looks for his teammates. His court vision and feel for the game are high-level, he knows when to be assertive and when to involve others. Despite not having high percentages, Avdalas has lots of upside as a shot-maker as well, he made threes off the dribble and coming off screens. Not to mention he was born in 2006.

Zacharie Perrin took home the MVP award after averaging a double-double through 3 games. The 6’8 lefty big was a force under the glass, he displayed great dynamism as the roller and soft interior touch. Thanks to his good hands and body control, he’s able to catch and finish on the move and in tight spaces.

Moreover, his decision-making on short-rolls was very solid for a big of his age. A well-deserved award for Perrin who led the Next Generation Team to the tournament’s final.